What happens if I don’t treat my sleep apnea? 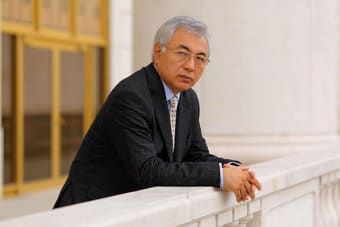 Sleep apnea is far more serious than just snoring. Those suffering from sleep apnea, experience frequent pauses in breathing while asleep; in fact, they’re having short bouts of suffocation! Sleep apnea can lead to a range of serious health problems if left untreated.

People who suffer from sleep apnea face an increased risk of developing a variety of physical health problems including an increased risk for conditions such as: type 2 diabetes, high blood pressure, heart disease, irregular heartbeat, heart attack, and stroke.

Due to the pauses in breathing caused by sleep apnea sufferers wake up frequently during the night. Repeatedly waking means that those with sleep apnea are unable to get the amount or quality of sleep they really need. A higher risk of anxiety and depression are both linked with insufficient sleep. People with sleep apnea have been shown to be more likely to experience these mental health issues than the general population.

Those who suffer from sleep apnea frequently feel exhausted, and are often short tempered and listless. People with sleep apnea also tend to have have trouble concentrating on tasks which has a significant negative impact on daily life.

Not only that, sleep apnea can negatively affect patients’ relationships too. Besides their own personalities being negatively affected by the condition, their sleep partners will also likely be getting less sleep because of the sleep apnea related snoring. When neither partner is getting the sleep they need greater stress and tension can build within the relationship.

Lack of sleep and lack of oxygen to the brain caused by sleep apnea can cause some pretty significant memory problems.

Sleep apnea testing and treatment may be somewhat inconvenient but it's worth it for all the health issues you may be able to avoid! If you think you may be suffering from sleep apnea, do yourself and your family a favour, and get yourself assessed!

The dentists at Hanin Dental in Surrey are experienced in the diagnosis and treatment of sleep apnea. Please contact our office today to book an assessment appointment.

Looking for a dentist in Surrey?

The family dentists at Hanin Dental Surrey are accepting new patients.
Contact us today to book your first appointment.